The Tadoussac was constructed for Canada Steamship Lines in 1969. On May 29, 1969, Tadoussac launched 15 minutes prematurely, killing two yard workers and injuring 35 others. She entered service on October 2, 1969. The accident is speculated to be because of rotting supports. In 1972, she was the first upbound and downbound vessel to sail the Welland Canal. The Tadoussac‘s self-unloading boom collapsed on April 25, 1973.

In an ironic situation on November 10, 1990, the 15th anniversary of the loss of the Edmund Fitzgerald, the Tadoussac lost power in a storm in the general area of Lake Superior that the Fitzgerald sank.

Canada Steamship Lines was awarded several major ore and cement-clinker hauling contracts in the earl 2000’s. As a result, the Tadoussac was sent to Port Weller Dry Docks at St. Catharines, Ontario, for a mid-life refit. At the shipyard, her side tanks were cut out and hull widened 1.5′ on each side. The self-unloading system was rebuilt, being reconstructed to feature a hopper cargo hold with a single conveyor belt. She had state-of-the-art dust-suppression systems installed as well. She was rechristened CSL Tadoussac on March 3, 2001, in a ceremony with the Canada Steamship Lines self-unloader CSL Laurentien, which was being rebuilt at the shipyard as well.

The CSL Tadoussac was floated from drydock on June 13, 2001, and returned to service on June 20. The Tadoussac‘s self-unloading boom collapsed once again on September 5, 2005. The CSL Tadoussac had the honor of opening the Welland Canal on March 20, 2007, the 75th Anniversary of the opening of the 4th Canal in 1932.

The CSL Tadoussac spent 2015-2017 laid up at Thunder Bay, Ontario. After a shipyard refit in early in 2018, she returned to service after Canada Steamship Lines was awarded a new ore-hauling contract. 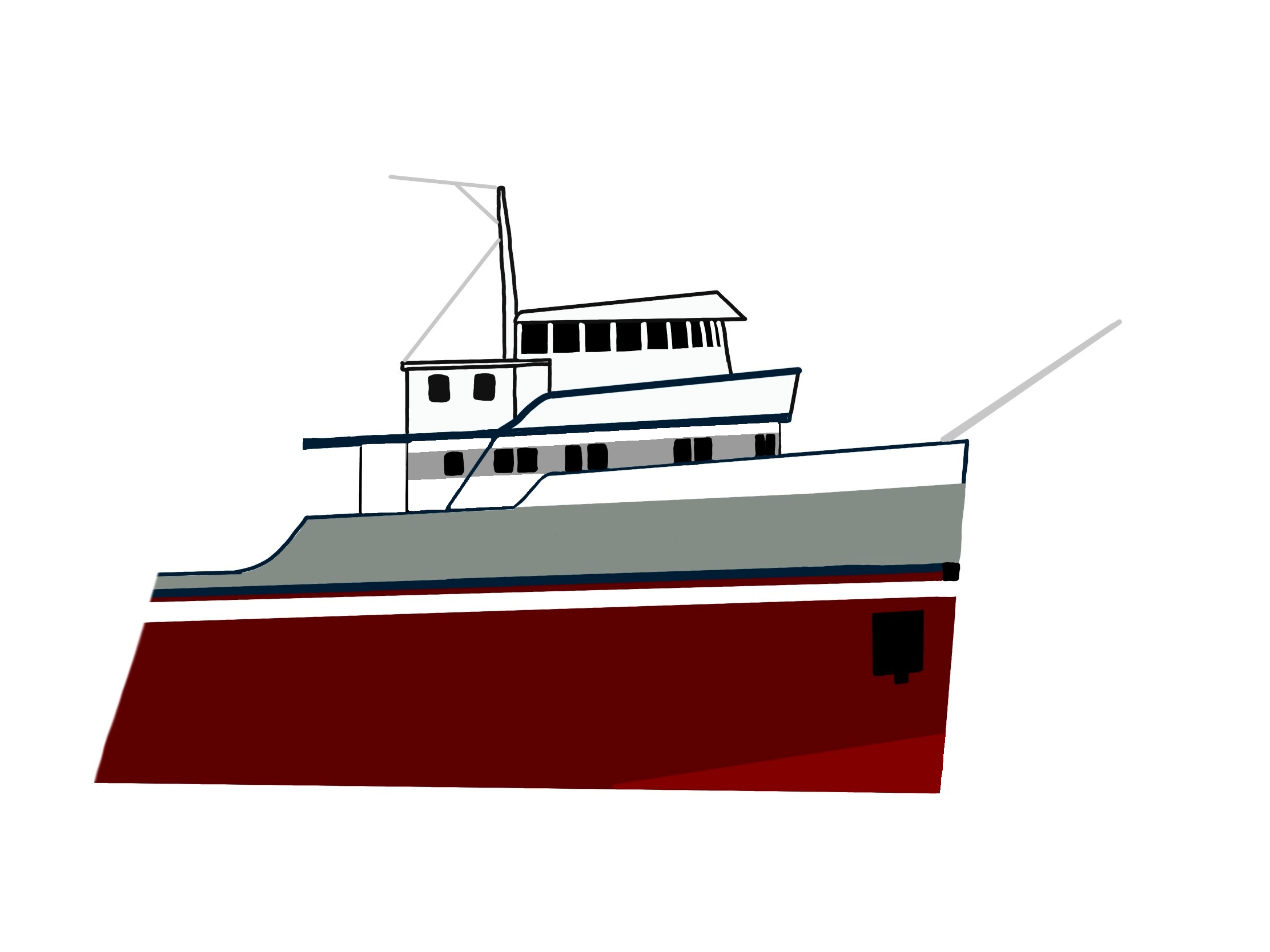